A Closer Look at the New Mexico-Bred Fillies Who Qualified to the $421,165 All American Oaks 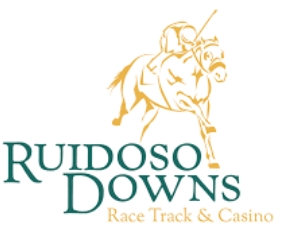 On Sunday, the field was set for the inaugural running of the $421,165 All American Oaks at Ruidoso Downs, and two New Mexico-bred 3-year-old fillies are among the 10 finalists.

Valiant Astica, the eighth-fastest qualifier, is a daughter of Valiant Hero owned by J & SM Inc. and Jimmy Childs and trained by Fred Danley. A $45,000 purchase at the 2018 Ruidoso Select Yearling Sale, the filly ran third, 1 1/2 lengths behind second-fastest qualifier Kieva, in the third of four trials.

Valiant Astica has won two of 13 races and has earned $165,291. The filly was coming off of a second-place finish in the inaugural Rainbow Oaks on July 18, and she was a finalist in last year’s $1-million Rainbow Futurity (G1).

Amethyst, a registered New Mexico-bred daughter of A Royal Jess, is the ninth-fastest qualifier. Trained by Manuel Rodolfo Rodriguez for owner MRB Racing LLC, the homebred filly ran second, one length behind seventh-fastest qualifier BV Sheslikethewind, in the fourth heat.