One of five finalists from the barn of trainer Todd Fincher, Aisle Runner made his debut with a clear 6 1/2-length victory in the third of four Mountain Top trials on June 6. The homebred gelding is one of seven winners from as many starters produced by Garter, an unraced daughter of Bernardini and a half sister to Grade 1 winner Stravinsky and stakes winner Moscow Ballet (IRE).

Aisle Runner is a full sister to stakes winners Go For A Stroll and Stormy Day. The gelding drew the rail post and will be ridden by Luis A. Fuentes.

Fincher will also send out Zesty Jazzman for owner Reliance Ranches LLC. A homebred Monterey Jazz colt, Zesty Jazzman made his debut with a 1 1/2-length win in the fourth trial.

Zesty Jazzman is one of two winners from three starters foaled by Zesty Salsa, a 9-year-old daughter of Dome who ran third in the 2013 Rio Grande Senorita Futurity (R) at Ruidoso Downs. The colt drew post 3 and will be ridden by Isaias Enriquez.

Other contenders include Bully Baby, a bay daughter of Diabolical campaigned by J & SM Inc. of Fort Stockton, Texas, and a $50,000 yearling purchase at last year’s New Mexico-Bred Sale. Bully Baby is coming off of a wire-to-wire, half-length victory in the second heat.

Bully Baby is one of two winners from as many starters foaled by Shamrock Girl, a 12-year-old King Bull mare who won two New Mexico-bred stakes from 2010-11. The filly drew post 9 and will be ridden by Enrique Gomez. 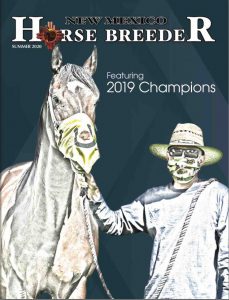