The Pacesetter broke her maiden with a three-quarter length victory in a 4 1/2-furlong maiden-special-weight race for New Mexico-bred fillies on May 30. The filly drew post 5 and will be ridden by Shane Laviolette.

Ragtime Rythm is trained by Jose Gonzalez Jr. for owner Gallegos del Norte Racing. A homebred daughter of the Storm Cat stallion Bernster, the bay filly is coming off of a three-quarter length win in a 5-furlong maiden-special-weight race on July 12.

Ragtime Rythm drew post 8 and will be ridden by Jimmy Ray Coates.

Bully Baby, a $50,000 yearling purchase by J & SM Inc. of Fort Stockton, Texas, is the morning-line favorite in the second trial. Trained by Fred Danley, the Diabolical filly has won one of two starts and has earned $4,851, and she was a finalist in the 5-furlong, $163,000 Mountain Top Futurity (R) in June.

Bully Baby is one of two winners from as many starters produced by Shamrock Girl, a daughter of King Bull who won two stakes in New Mexico from 2010-11, including the 2011 La Senora Stakes (R) at Sunland Park. The filly drew post 5 and will be ridden by Enrique Gomez.

Helen Nave’s Comic Hot Toddy drew the rail post and will be ridden by Shane Laviolette in the third heat. A homebred daughter of Indian Firewater is one of three winners from as many starters foaled by Comicsperfectstorm, a Comic Genius mare who won four stakes from 2010-11, including the 2010 Rio Grande Senorita Futurity.

Comic Hot Toddy made her debut with a dominating eight-length victory in a 5-furlong maiden-special-weight race on July 11.

The top three finishers in the three Rio Grande Senorita Futurity trials will meet in the August 16, $125,000-est. final. The final spot will be determined by a shake in the race office. 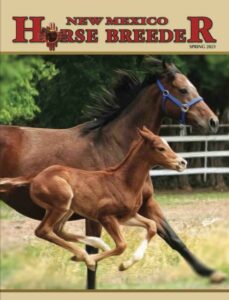