Note to the membership:
Recently, the NMHBA Board of Trustees met to discuss House Bill 101, the Lottery Education Act.

Sunland Park is proposing legislation that would allow for expanded gaming, table games, etc., at all five racetracks.

The new games would be managed by the state lottery. The lottery would be responsible for staffing and licensing the personnel running the games and the proceeds would be divided by the lottery and the state. The tracks would be the landlords of the space allotted to the expanded gaming options and would receive rent on the space provided plus revenues from food and beverage.

The stated goal of this legislation is to boost scholarship funds managed by the lottery to benefit education in New Mexico. The state lottery has experienced a decline in revenues and as a result, there is a shortfall in scholarship funds.

The board discussed this proposal at length. The consensus was supporting education is a worthy endeavor. However, there was the prevailing view that most folks who attend the races and the racinos go with a gambling budget in mind and that that budget could very well be cannibalized with additional gaming options and that slot revenues and therefore purses, could suffer. This possibility is of great concern to the board. The board felt that this proposal was worthy of more study but at this time could NOT support it.

Below is an article by The Thoroughbred Idea Foundation that illustrates the above point very well. As you will see, where there are expanded gaming options that don’t benefit purses, horse racing gets left behind.
We urge you, the members, to carefully consider this issue, read the accompanying article and contact your legislators.

The board does support the ADW bill (advanced deposit wagering). New Mexico is the only state that allows pari-mutuel betting but does not allow for state residents to bet on in state racing. As a result, there is a loss of funds that would go to purses and state taxes. New Mexico is behind the times in this regard.

The board also supports the Gaming Tax Credit bill. This bill would allow a reduction in taxes by 1.5 million dollars to the two smaller tracks, SunRay and Ruidoso for capital improvements.

Thank you for your attention and please, contact your legislators. Your voice counts!

Thoroughbred Idea Foundation: Casinos Are Evolving, Racing Is Not

Thoroughbred Idea Foundation | 12.14.2020 | As the winner of last week’s Pennsylvania Nursery returned to Parx’s weather-protected winter “winner’s circle” – a side of the track’s covered paddock – a banner was easily noticeable taking up key space in the frame of the track’s broadcast feed. “Online Casino – Now Live” Adjacent to that, though covered to some degree by the winning connections, was another banner touting the Parx mobile app for sports betting. Here was the casino side of the business marketing quite obviously to anyone who happens to be watching racing, a certainly less productive side of the Parx business. It’s more than just marketing – it is a sign of a business that is evolving. Parx, and other Pennsylvania racetracks, have housed slot machines since they were legalized by the state’s legislature in 2005. Table games followed, with poker. And sports betting. And fantasy sports. And video gaming terminals (basically, machines at truck stops in rural Pennsylvania). And most recently, something called “interactive gaming.” Interactive gaming is the so-called “online casino” – slots and table games with real money wagering on mobile devices – being advertised in the Parx winner’s circle. After more than a decade of just traditional land-based casinos, Pennsylvania took legal gambling to the mobile device space, into your hand, anywhere within the well-populated state. As it relates to racing, the sport receives purse supplements from land-based slots only, nothing from any of the other non-racing wagering platforms, which notably includes interactive gaming. In February, before the pandemic-related closures hit state casinos, the total from all slot machine play in the state’s casinos was $2.499 billion, with $20.2 million designated to the Pennsylvania Race Horse Development Fund (PRHDF). Interactive (mobile) slots play, from all sources in the state, totaled $254 million, equating to just 10 percent of all land-based slot play. By October, interactive slots handled $1.114 billion, up more than four times the handle from eight months earlier, while land-based play had dropped to $1.937 billion, down 22 percent, while the total cut to the PRHDF dropped to $15.9 million, a 21 percent fall. In total, slots play in Pennsylvania, via land-based machines or interactive play, grew from $2.753 billion in February to $3.051 billion in October, up nearly 11 percent. This has been bad news for racing, in that not only has land-based play declined, directly impacting the size of contributions to purses from slots, but customers have flocked to mobile play in droves. Land-based casinos are shuttered until after New Year’s Day, potentially helping the interactive push even more.

While it is possible post-pandemic mobile play will decline sharply, betting against mobile play seems an odd choice considering the way our lives are impacted by mobile technology and its simplicity. Give customers several months to acclimatize to the comfort of mobile slots play, and they might be gone from land-based play for good. As troubling as this is for Pennsylvania racing purses, the key point is that Parx has greatly developed their gambling options and technology over time. The market evolved and Parx Casino evolved with it. What about racing? The evolution of racing’s wagering product over the same period has been negligible. Those who benefit directly from wagering – horsemen – have accomplished little in terms of convincing management to focus on improving or modernizing racing’s wagering product. Pennsylvania accounted for 10 percent of all Thoroughbred races run in America in 2019. For 2021, the state’s racing commission has awarded 20 percent fewer race days than 2020, though the number of races may not fall that dramatically. Regardless, the question should be how Thoroughbred racing can evolve wagering, most notably in light of this incredibly competitive wagering marketplace. Pennsylvania is hardly alone in this battle. Racing in Delaware and West Virginia, both which share borders with Pennsylvania, are in similar straits: highly evolved and competitive betting markets, both with online play permitted, racing purses benefit exclusively from land-based play, all while their racing wagering products have generally withered. Maryland has yet to embrace interactive wagering, but it will surely do so at some point in the future, a move which could hamstring horsemen, who are on the hook for more than $140 million in debt repayments which is to come from their share of land-based video lottery terminal revenue, should the tracks redevelopment plan there take off. New Jersey, however, has not shared revenue from the state’s casinos with horsemen…ever. The horsemen have had to get more creative, leading the multi-year lawsuit which successfully enabled the widespread legalization of sports betting, and are plotting steps to serve greater American racing as a test case to evolve fixed odds wagering on racing. New Jersey racing has also been directly subsidized by the state, a subsidy which was cut 25 percent for 2021. The “industry” has ignored the sport’s wagering future for decades. If it does not evolve and modernize, the business will shrivel. It has to change in order to have a hope of succeeding. The livelihoods of tens of thousands of dedicated horsemen hang in the balance as time passes. The representatives of those horsemen must pursue aggressive modernization of wagering to remain competitive.

Horsemen don’t often see their role as one of being an advocate for wagering advances, but as the casino business modernizes away, the horsemen have little choice but to get involved…finally. 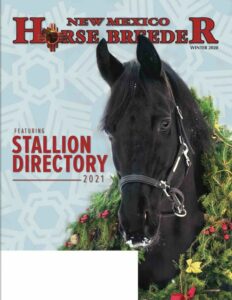