Flashin Fire was claimed by his current connections for $10,000 at Remington Park in Oklahoma City on April 11. Since then, the gelding has won two of three starts, including the 400-yard, $320,000 Zia Futurity (RG1) at Ruidoso Downs on August 1.

Flashin Fire drew post 8 and will be ridden by Juan Pulido in the last of six trials.

Dashin Approach, a homebred Mr Pyc To You gelding trained by Jorge Morales-Flores for owners George and Peggy Cobb, drew post 4 and will be ridden by Jaime Parga Leos in the fourth heat. Raced in two states, including Oklahoma, Dashin Approach has earned $81,294 from six races, and his three wins include a three-quarter length victory in the 350-yard, $113,000 New Mexico Breeders’ Futurity (RG3) at SunRay Park on May 23.

Other prominent 2-year-olds entered in Sunday’s trials include Holland Rock, a homebred son of Rock Solid Jess owned by Bob and Sissie McClure. A maiden after five races, Holland Rock has banked $86,428, but the gelding is coming off of a second-place finish, 1 3/4 lengths behind winner HS Golden Eagle, in the 400-yard, $396,000 New Mexico State Fair Futurity (RG3) at Albuquerque Downs on September 19.

Holland Rock drew post 7 and will be ridden by Noe Garcia Jr. for trainer Fred Danley in the second trial.

Cowboy Zulu drew post 5 and will be ridden by Mario Delgado in the fourth heat. 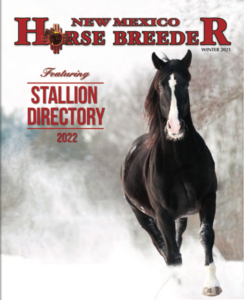